I want to start off by saying I’ve been a HUGE fan of the Call of Duty franchise and have been since day one. I’ve logged countless hours in original, Modern Warfare and Black Ops and had high expectations for this one, even though I knew they’d be taking us off the battlefield and into a municipal building that hadn’t been renovated since 1961.

I really wanted to like this game and went into it hoping that Activision might be able to pull it off. Alas, I found myself profoundly disappointed and ultimately wondering what I expected in the first place. All I can say is buyer beware.

Interface:
The controls are pretty simple because there’s nothing to really control: The left thumbstick controls Look. The keypad controls Yawn and Open Inventory. The direction pad lets you choose your dialogue. If you’re finally called to jury selection your character can stand up and enter the courtroom (right thumbstick).

Gameplay Walkthrough:
When you start the game your character is forced to watch an eight minute video narrated by Diane Sawyer that explains the jury process. There’s no way to skip through it – a huge oversight in my opinion. The first time around it was just a drag but after repeated gameplay you want to pull your hair out. I get it

, it’s our duty as citizens.

When the video ends you find yourself seated in a large room filled with people. No explanation of what to expect. You’re free to look around the room and make eye contact. On occasion you will be able to strike up a conversation

, but the dialogue choices are very limited: 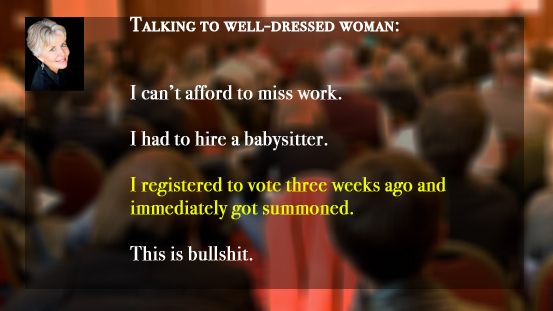 No matter what you choose, you get the same response every time: “Yeah” – and then nothing happens.

In your backpack inventory you’ll find a magazine to read and a smartphone that you can use to post Facebook updates telling your friends you’re stuck in jury duty. Just mind the battery level because there’s only one outlet in the whole room and you’ll invariably find it’s been claimed by other players. 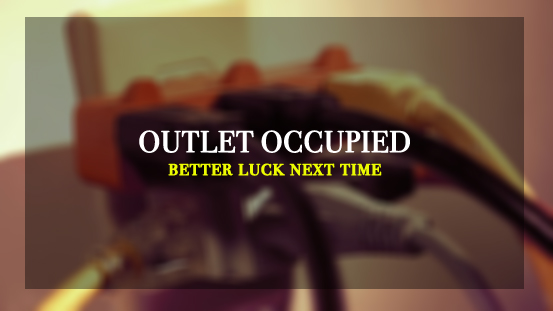 Jury Selection Process:
This is where the game can really lose you. Long after the game starts – and you never know when – you can be called into the courtroom to be screened by lawyers for jury selection. You’ll be told some vague details about the case and the expected length of the trial. At this point you have have the option of choosing between Civic Duty or Evasion. That choice will affect your dialogue options. Here’s a screenshot of the Evasion Path: 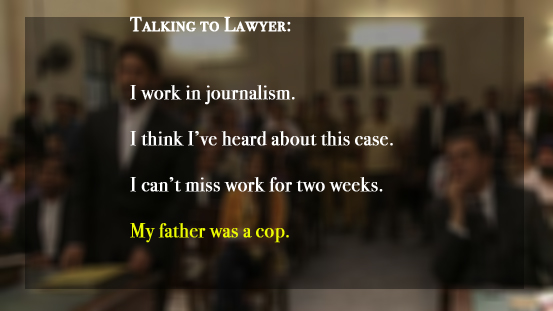 I tried both paths

, and every single time I found myself being returned to the Jury Pool, waiting, and then the game ended with me being thanked and told to go home. I have no idea if the game progresses beyond this point. I’m not inclined to try and find out.

All I can say is for $60 I expected a lot more. This does not bode well for next year’s release of Call of Daddy Duty.